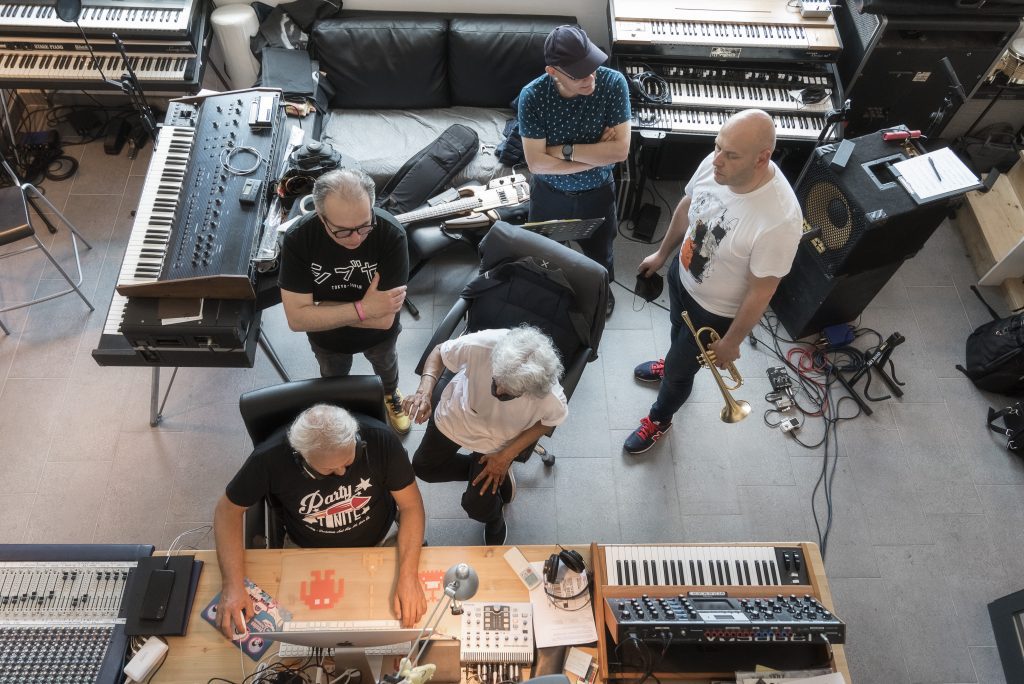 After the success of the album “Italian Spirit”, also recognized by foreign critics, the jazz duo Marco Vezzoso and Alessandro Collina met for the first time the internationally renowned musicians Trilok Gurtu and Dominique Di Piazza. A mix of traditions, genres and musical and artistic experiences that has given life to a new and unique instrumental music recording project: “Travel” (Incipit / Egea Music), to be released on October 15th in all stores and digital stores . “Travel” collects original pieces written by the trumpeter Marco Vezzoso and the pianist Alessandro Collina. The compositions were then performed by the duo together with the famous percussionist Trilok Gurtu, father of world music, and Dominique Di Piazza, one of the best bass players in the world, who found themselves in the recording studio 30 years after their historic world tour. with guitarist John McLaughlin. Since their first musical meeting in 2014, the duo formed by the Piedmontese trumpeter Marco Vezzoso (who since 2012 has lived and taught across the Alps at the National Conservatory of Nice) and the Ligurian jazz pianist Alessandro Collina have come a long way, conquering the Rising Sun right away. Hanno all’attivo 5 album, numerosi concerti tra Francia e Italia e diversi tour internazionali. Nel 2015 il primo tour in Giappone, il cui live ad Osaka è stato registrato e pubblicato dall’etichetta giapponese DaVinci. In 2017, a long summer tour takes them to perform in Cambodia, Indonesia and Japan again, with a closing concert in Tokyo. In the following years Indonesia, Malaysia, Czech Republic (2018), Norway and China toured live, where they represented Italy at the first European Jazz Festival in Canton (2019) and Turkey (2020). In 2020 they release “Italian Spirit”, a record that celebrates their artistic partnership which began in Japan and reached China via Cambodia, Indonesia and Malaysia. The album contains 11 of the most beautiful songs of the last 30 years of the last century, revisited in an acoustic key. From Vasco Rossi to Samuele Bersani passing through Lucio Dalla and the Tiromancino, with sophisticated and delicate arrangements the artists offer an unexpected reinterpretation of pieces that have marked Italian pop music, creating a generational bridge that unites pop music with jazz. Recently the duo, together with the percussionist Andrea Marchesini, presented the album live in streaming link for the Tokyo audience. In the wake of the success of the live, on 9 July ITI Records (record company from Tampa – USA) released “Italian Spirit Live in Japan” for the US and Japan market, currently in rotation on over 50 US radios. The album was reviewed by the prestigious jazz magazine DownBeat, winning 3 and a half stars out of 5, and was included in the American Charts.